A Voice From the Grave 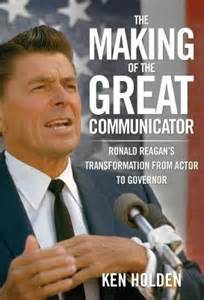 It has been two weeks since the second Republican debate was televised to the American public.  I found it ironic that the debate was held at The Ronald Reagan Library in Simi Valley, California.  The backdrop for the event was Reagan’s presidential plane, acting as a constant reminder of the deceased ex-president.

America learned many things from the debate…but this blog is about dentistry and life, so I will leave that discussion to those who choose to argue about the political issues.  I want to go beyond the issues to the candidates and how they choose (or don’t choose) to get their message across…because we all have a message to get across, and our success depends on how we do it.

The setting was ironic because Ronald Reagan was a master of leadership and communication.  He was the Great Communicator.

The irony reared its ugly head throughout the evening as many of the candidates acknowledged Reagan’s ability and ranted how our country lacked leadership…and then proceeded to insult each other and carry on as if it were a street fight.

I recalled something someone once told me, “Never argue with a moron, because from a distance, you can’t tell who is the moron.”

The irony was that the issues got lost in their expression.  That is still holding true two weeks later.

How we say something is more important than what we say.

Maybe that is the lesson from the grave.  Communication is the gateway to better leadership.

During the debate I tried to see through the issues and concentrate on how each candidate chose to get their message across.  Who could deny the haughtiness of Trump, the contentiousness of Fiorna, the humility of Carson or the storytelling ability of Rubio?

My own affinities toward or against these styles was irrelevant especially during the debate while my emotions interfered with what was really going on.

All the while Reagan’s image watched over…The Great Communicator.

It has been two weeks since the debate and I find it interesting how the polls have moved.  Trump is trending downward while Carson and Rubio upward.

And Ronald Reagan is smiling from the grave.  Communication will out the real leader…it always does.

Even Jack Kennedy had a communication problem until Bobby, his campaign manager convinced him to school himself on how to relate to the public…how to become “everyman.”

But I digress…this is a dental blog.

We have abused the platform—some of us are Trump, some Carson, some Fiorina.  Watch these candidates, learn what creates followers and what doesn’t.

Mostly, understand that your message and how you express it will determine your success, and never, never, never abuse your platform.