How to Give Up Your Freedom of Choice 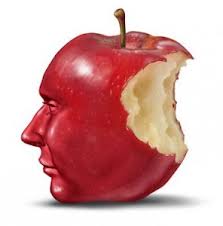 Did you ever wonder how a long-time loyal patient ends up opting in for an insurance plan that restricts him to going to a dentist on a list?

Shocking, isn’t it?  Well it happened to me recently.  A patient for the past thirty years called and asked to have his records sent to another dentist because I wasn’t on the list.  He was so sorry, he said, but his HR person explained how that was what most people in his company were doing.

For years I suspected that there were forces at work that were beyond our control that led to patients to leave practices where they were completely happy.

I always believed it was the economy.

I am happy to report that the patient I mentioned above is back in our practice…after a nice hand-holding conversation.

But…what I learned was that there are more forces involved than just the economic situation.  There are cognitive biases and principles of influence at work…some of them just human tendencies and others may border on unethical uses of influence.

Influence is a powerful motivating force that can be used both positively and negatively...a force for good or evil.  Just think, Charles Manson’s favorite book is How to Win Friends and Influence People.

The free market has always been a jungle.  Caveat emptor is the only defense in a world where new rules reign everyday.

For some reason I believe “health care” should fall outside of the boundaries of free market capitalism.  But I digress.  There are many interests in the health marketplace that have intentions other than the specific care and benefits of the patients.

There are two cognitive biases that some special interest groups may be applying that further their businesses and have tilted the playing field.  One is the social mirror, popularized by Robert Cialdini in his book Influence, and the other is the default bias as described by Daniel Kahneman in his book Thinking, Fast and Slow.

The social mirror is obvious — people look to their close social group for making decisions.  On a positive note this is what makes referrals and positive word of mouth marketing work.

Did you ever notice how many white cars there are in the sunshine state…is that the default bias at work?  This is when people cling to the standard options.  I know white works well in the sun…but it is the default.  Like your computer settings…most people choose the default settings.  It’s familiar and just easier.

In the book, Nudge by Richard Thaler and Cass Sunstein, the authors illustrate how a government can direct its citizens without unconstitutionally restricting their freedom of choice.

They do this by offering a few options – always including a default choice for indecisive people.

They gave an actual example of how New Jersey and Pennsylvania presented two car insurance policies to their inhabitants.  The first policy was cheaper but waived certain right in case of an accident.  New Jersey presented this as the standard default option…and guess what…that’s what most people chose.

In Pennsy they reversed it with the more expensive item as the default…and, you guessed it…that is the one they chose.

So how do you reconcile that?

You tell me…is that freedom of choice?

Is that how governments and insurance companies train us to give up our freedom of choice?

I don’t know if we can change this…but at least we should be more aware of the cognitive biases that exist and are being used to bend minds.