One Change Leads to a Yes 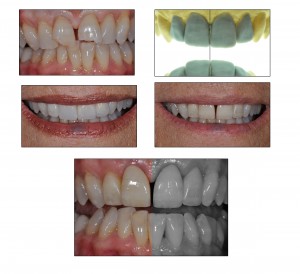 One moment she was okay, and the next she was one the ground holding her mouth.  She just got out of a taxi after the theater on a bitter cold March night in New York.  Her feet tangled as she stepped on the curb and down she went.  In that instant her circumstances changed.

The  driver put her back in the cab and took her to the emergency room.  After cleaning the wound which did not require stitches she was left with two broken central incisors, one of which moved into a new position, at least thirty degrees from the other.  But it took her weeks to visit my office. 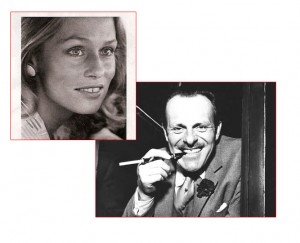 Helene was a patient in my practice for over ten years.  I had tried to convince her to close a Terry Thomas type of diastema (okay…Lauren Hutton, if you insist), every chance I got.  Helene wouldn’t budge.  Talk about a resistance to change.  Most turtles are faster.  After a while I just never mentioned it.  Approaching seventy years of age I resigned myself to the old saying about old dogs.

Then came the fall.

Even after weeks of walking around with two broken teeth, she was resistant.  She never wanted to change her smile.  She said she liked the space…but now she said she had never seen crowns that looked like real teeth.  She hated that white square look, and she feared getting artificial looking teeth.

The first thing we did was a smile mock-up but this was difficult because of the gross malposition of the teeth.  We also had an endodontic consult and the teeth tested vital. So we did a wax-up.  Helene was still unconvinced.  She wanted to keep a small space.  Reluctantly she went forward because I promised not to finish until she was happy with the provisionals.

Helene had a tight neutral zone and a very long narrow envelope of function.  We worked out her occlusion in the provisional.  For a further discussion of this go to http://nichedentalarts.blogspot.com/  It was amazing to see how she responded to the tiniest adjustments on our Radica provisional.  Take a look at the wonderful job Sooji Lee from Niche Dental Studio did.  Our patient was so happy that she went down to the Reading Terminal in Philly and brought us three dozen chocolate chip cookies and a for me a gorgonzola cheese and fig bread.

So what can we learn from this?

1. For some people change is tough.

2. Even in the face of injury some people just hold on.

4. Get to the bottom of the problem…it wasn’t totally the diastema.

I am sure you have had similar issues in your practice…please share.