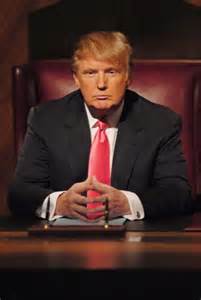 I guess most people know who said, “Speak softly and carry a big stick.”  For those who don’t, the answer is Theodore (Teddy) Roosevelt, arguably one of America’s greatest presidents.

There have been a few in our history…Abe Lincoln comes to mind.

And watching Donald Trump lately, confirms why he will never succeed in becoming president…as a matter of fact I wonder how he ever succeeded at anything…without a little help from his friends.

Character matters.  From Presidents to paperhangers.

Positive psychologists know this.  Martin Seligman PhD, the dean of positive psychology has written extensively on the meaning of virtues and character strengths in developing the “good life.”

His work classifies 6 core virtues into 24 character strengths.  Working with strengths can be a key to a successful life as well as becoming a great leader at any level.

When I look at “The Donald” I see a man who is way out of balance.  But then again, no one is perfect.

I don’t think he represents what Teddy meant by carrying a big stick.  It was a metaphor for “presence.”  Polls show that the American people are dissatisfied with our “presence” in the world —not that we should destroy everything in our path.  This isn’t the real estate business.

On the other hand, I think speaking softly says it all.  I hear wisdom, courage, humanity and justice in the quote, don’t you?

One of the reasons I consider myself a moderate is that I believe in the balance.  I learned this along time ago when I first went to the Pankey Institute.

These ideas are not new.  L.D. Pankey studied Aristotle.  The Greek spoke the same language of virtues that Seligman is bringing to life currently.

Sure I learned technical dentistry at the Pankey Institute, but I also learned the principles of being a good professional, which transferred to a “good life.”

The lesson for everyone (Presidents to Paperhangers) is that character matters.

We have problems in this country.  Many of the problems relate to a shift from a moral world to a materialistic world.  In the wake we lost character.

I am beginning to see a trend back to morality with books like David Brooks’ bestseller, The Road to Character.

Essentially this post is about leadership.  We need leadership at every level.  From the White House to your practice to your house.

When I look back at my own life and practice I see it was the moral lessons that made all the difference.

When I go to vote I will be looking for character strengths and virtues…hopefully everyone else will as well….Goodbye Donald!