How is Your Charisma Score? 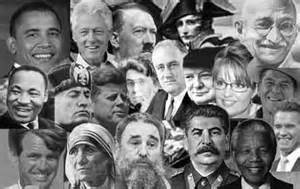 Presentation is ubiquitous.  Someone once said, you can not, not communicate.  Most of us fall back on our habits and say things during the course of our workday that we wish we could take back.

Everything is a presentation, and you are the message.

I realized this years ago when I read Bert Decker’s excellent book on public speaking, You’ve Got to be Believed to be Heard: Reach the First Brain to Communicate in Business and in Life.  That book set me on a journey that changed the way I communicated…to the critical emotional element of the human brain.

I have used Decker’s work for years, and now his son and daughter in-law have written a brand new updated version titled Communicate to Influence: How to Inspire Your Audience to Action.

Some of the lessons that are discussed in both books can be gleaned from the titles:

With this in mind, why do some people seem to have it and others just never get it?  Can leadership and communication skills be taught, or do some people just have that magic “gift”?

The word charisma can be misleading.  Charisma comes from the Greek kharisma which means: divine favor, or a gift from above.  The implication is that charisma can’t be learned.

Synonyms for charisma include inspire, empower, uplift and motivate.  Now those are words I would use for any leader.

Can you be inspiring, motivating, empowering and uplifting?  I think those things can be learned.

In one word, let’s call it charisma.

In their wonderful book Communicate to Inspire, the Deckers explain a very useful tool.  They call it the Communication Roadmap.  Imagine a grid with four quadrants.  The vertical axis describes how emotionally connected we are and the horizontal axis separates those communicators who tend to be self-focused versus other focused.

Each quadrant then describes the type of communication we use: Informers (lower left), Entertainers (upper left), Direct (lower right) and Inspirers (upper tight).

When you think about it, if the goal for leaders is to influence and motivate people to action, then being nice, warm and likable really works…yet the dental community seems to be just the opposite.  I know that’s a generalization but we have a reputation for being well…paternal.

Many of us are quite directive.  We tell people what they should do, because that has always been our role.  Actually most dentists lean to the lower left quadrant…we inform people.  Under the heading of educating patients we think that is most effective.

Well, informing is actually the least effective…it’s not emotionally based and it’s self-centered.  It’s self-centered because it leaves us with the impression that we have done our jobs.

After all…we told them, right?

What’s worse is that this is what is taught in dental schools and most CE programs.  It’s the blind leading the blind.

Charisma can be taught.  It must be practiced…you can’t learn it from a book…my apologies to the Deckers.

Jack Kennedy, before he entered politics was not a very good communicator.  The story that Ben Decker tells in his book is that Kennedy went to Hollywood and watched charismatic actors like Jimmy Stewart and Clark Gable.

Then he practiced (practice said Allen Iverson?), until he developed a persona that today means “charismatic leader.”

Think about what it might take for your case presentations to be better.  Better photographs?  Better explanations?  Better referrals?

Or just a bit of connection.

If you would like to learn more about leadership and communication, drop me a message…I am putting together a series of webinars.