Here’s to the Crazies 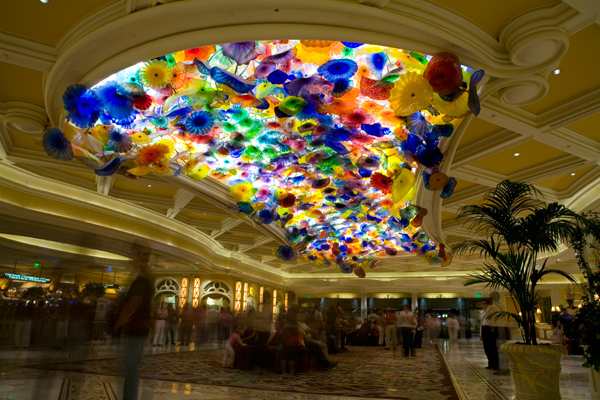 During a conversation about cosmetic dentistry, my  patient turned to me and said, “Oh you Americans with your white teeth.”  She is from Belgium and she said it half jokingly.  When I reflected on the comment I realized how uniform dentists and technicians tend to make teeth…People Magazine’s version of cosmetic dentistry.

I used to have a painting on the wall of one of my treatment rooms…A New Yorker’s View of the World.

Being an arrogant New Yorker at the time (I’ve changed and mellowed significantly), I resented the way the artist portrayed east coast myopia.  But, in both cases, the painting and my patient, I listen now when others suggest to open my eyes and take a different view of the world.

When patients present for cosmetic dentistry I ask them to bring in photographs of what they want their teeth to look like.  They always bring in the same pictures…Julia, Tom, Jenifer and an assortment of the same models hawking different products.  The smiles are very regular, very standard…stock teeth.  When I point out that most of these people have natural teeth, they tell me that’s what they want.

But in the end, what they want is not natural…it’s white, bright and regular…the same look that my Belgian patient was referring to.

What I am suggesting is to break that mold…destroy the status quo and really create beauty by taking a few risks.

That’s what artists do.  They create new things by destroying the status quo…not just teeth, but ideas and approaches as well.

The dentist and lab technician of the future will have to be creative…they will have to see things differently.  Competence will no longer be enough—even expert may fall short…only the masters, the inventors and innovators will compete in the future.

In the book Iconoclast, author Gregory Berns tells the story of Dale Chihuly, a master glassblower.  His work can be seen in the lobby of the Bellagio Hotel in Las Vegas (picture above), The Metropolitan Museum of Art, and in 1986 he had an exclusive showing in the Louvre.    Chihuly’s story is an evolutionary tale of an artist, and a true iconoclast.  The word comes from the Greek eikonoklastes which means “destroyer of images.”

Essentially it is what Steve Jobs referred to when he said, “Here’s to the crazies,”  or “Think Different.”  Yes…we can do that in dentistry.

As Berns tells Chihuly’s story, as a novice glassblower he stuck to the rules.  He only produced symmetrical, balanced pieces.  That was the expected protocol, and it was rarely challenged.  He was always a freethinker and struggled to do things differently, the the available tools only allowed him to produce the same old symmetrical pieces—colorful, innovative but symmetrical.

In 1976 Chuhuly was in a car accident in which he lost his left eye.  He began to wear a patch which cut off his peripheral vision.  His handicap forced him into a new way of working by giving up holding the glass to a gaffer in order for him to get more accurate depth perception.  As a result, this adjust

ment allowed him to see the glass from different angles, and his results were asymmetrical, and actually mind-blowing.  He created a new art form—he broke the existing paradigm of glassblowing.

Dentistry will not move forward without masters—those who break the rules—the crazies.  If our culture continues to reward the same old, same old by confining dentists and lab technicians into creating the “American Smile”  we are holding the profession back and placing cuffs on individual dentists.  They need the freedom to practice.

These days it is the “crazies,” the artists that are breaking the staus quo—and they are meeting lots of resistance.  Maybe then we won’t be making pearly whites for seventy five year old patients.