One Habit That Will Make You Unique 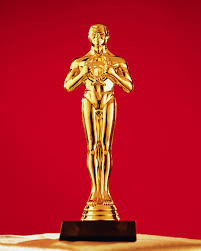 And the Academy Award for Best Actor in a motion picture goes to…Eddie Redmayne…for his role of Stephen Hawking in The Theory of Everything.   What a moment.  The cameras switched over to a very disappointed Michael Keaton who was really counting on giving his acceptance speech.  That didn’t happen.  The Academy gave it to the relative novice because of the masterful job he did in portraying Stephen Hawking the Nobel Prize winning physicist and a victim of ALS.

Redmayne, in the tradition of many other great actors like Daniel Day-Lewis in My Left Foot, and Dustin Hoffman in Tootsie, won the award because of the difficulty of the role.  It required putting himself in the place of an another and actually becoming that person.  For Lewis it was the palsied Christy Brown, for Hoffman it was the role of a woman, and for Redmayne it was Hawking, who has been confined to a wheelchair and cannot speak since 1985.

Amazing performances all.  The one quality that makes those roles possible: empathy.

The dictionary defines empathy as:

The art of stepping imaginatively into the shoes of another person, understanding their feelings and perspectives, and using that understanding to guide your actions.

As dentists we must master the “art” of empathy in order to be truly successful.  Empathy and the habits that are necessary to develop, will be the trait that will separate dentists in the future.

We live in a time where there is a deficit of empathy.  Most of us are overly concerned with ourselves rather than “the other.”  It’s a paradox, but none other than the famous motivational speaker, Zig Ziglar used to say, “You will get all you want in life, if you help enough other people get what they want.”

I take nothing away from Michael Keaton and as I will explain I really liked his movie Birdman better, but as far as acting performances go Redmayne became Stephen Hawking.

You see, Birdman, Keaton’s award winning movie discussed just that sentiment.  It was subtitled, The Unexpected Virtue of Ignorance.  What does that mean?

It can be summed up in a scene where Keaton is arguing with a reviewer about how good an actor he is (in the movie…not in real life…seems to be his haunting theme).  She tells him he’s a celebrity, not an actor.

So what is the difference?  Today it’s easy to become a celebrity…yes, even in a field like dentistry.  I see so many dentists who are more interested in Facebook and Twitter (a theme also revealed in Birdman—when he walked down Broadway in his whitey tighties, I guess that was the unexpected virtue of ignorance.), than in truly treating each and every patient with empathy.  They want to become celebrities—smile artists.

Empathy is what makes us human.  It keeps everything real.  The question is, can it be developed or is it just something we have or not.

I guess, if actors can develop it, we can create the habit of empathy.

When I studied the Pankey philosophy, I noted that L.D. Pankey used the word virtue a lot.  Aristotle used that word.  I never quite grasped what it meant to the Greeks, but the writers of Birdman also used it in their subtitle.

A virtue refers to actions taken to create a level of excellence.  It takes practice to develop excellence, and enough good habits lead to what Aristotle called the “good life.”

Dentists understand this when it comes to technical practice…but what about the habit of empathy, or as Stephen Covey said, “Seek first to understand, before trying to be understood.”

What are some things we can do to develop empathy:

These are just a few of the things that we can do to practice empathy.  Readers of my book, Art of Examination, know that the dentists can build these into their daily practice…so in the end they will not only play the role of a real human dentist but they can actually become one.