Cecil and the “American Dentist” 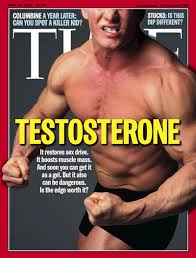 Well, I’ve just about had my fill of Cecil the lion stories,  but I still feel obligated to write about my take on this tale.  Like most stories these days, this one too will soon be forgotten because, as someone once said about Americans,…we have short memories.

So, in the spirit of Jimmy Breslin, who once won a Pulitzer for journalism by walking away from JFK’s funeral to interview the man who was digging Kennedy’s grave…I will attempt to give you my spin on Cecil and the “American Dentist.”

First, I want to say that I think what the “American Dentist” did was despicable.  I have been breeding dogs for twenty years.  I have been involved with boxer rescue and placed numerous homeless dogs.  I never forgave Michael Vick…and never will.  Killing or hurting defenseless animals is wrong…aggression is wrong.  I don’t even like aggressive drivers.

So what bothers me about the Cecil story?

In 2005 our “American Dentist” lost a sexual harassment case for $127,500 that also carried a penalty of him having to undergo ethics training.  It seems that his ex-employee Tammy Brevik, 43, accused the married clinician of subjecting her to unwanted ‘verbal comments and physical conduct’ involving her ‘breasts, buttocks, and genitalia’ in the 2005 complaint.

But crowds didn’t gather around his office back then…trying to put him out of business.  No!  His patients allowed him to go back to work, I guess, because everyone deserves a second chance…just like after Vick spent time in jail we watched him play football, for which he was  handsomely paid.  We forgive and forget.

Yes…as unbelievable as it sounds we will forget about Tom Brady and the deflated balls…and Ray Rice…and Donald Trump’s aggression toward John McCain.  Tune in Thursday for the Republican debates if you want to see aggressive behavior.

Maybe it will take Cecil—the so-called domesticated lion to teach America a lesson...but I don’t think so.

I mean placing Cecil’s image on the Empire State Building —stop it!

The human brain is driven by testosterone.  We depend on our executive brain to control our behavior…and sorry to say, for most people it just doesn’t work.  Aggressive behavior is a double-edged sword.  We are taught in business to create BHAGs…Big Hairy Audacious Goals.  Our “American Dentist” did just that.  Big game hunting has been around for thousands of years…at one time it was a matter of survival—and that made it okay.

People say the same thing about Wall Street, Politics and the NFL.

And boy, do the crowds love a hanging.  Is testosterone at work when the crowds come out to the gallows to see justice?  Is it okay to put our “American Dentist” out of business?

Is that justice?  And why did the public give him a pass on the sexual harassment?  If he were a pedodontist that wouldn’t have happened…I would hope.

But things will be okay now…because we have Cecil.

I am sure that Disney, the people who brought us the sweet little mouse with the squeaky voice, will adopt Cecil as the symbol of compassion and empathy.

The problem my friends is aggression and human nature…my advice…the same as the Dalai Lamas’s:  Practice compassion at  every level and the world will be a better place.