The Most Annoying Man in the World 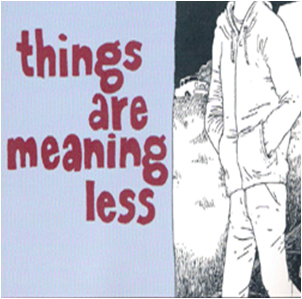 Yes…that would be me.  Well I used to be a lot worse.  You see I am a devotee of hot Yoga.  I have been practicing at least three days each week for five years and I have reaped the rewards.

I want other people to take advantage of the same health benefits I have enjoyed.  So I push it.  Occasionally someone takes me up on it, but most of the time I hear reasons why they will pass:

“I’m not flexible, I can’t take the heat, Ninety minutes in a hot room, are you kidding?, How much?

I was being nice when I called them “reasons.”  But in reality those reasons are nothing more than excuses.  People don’t like making excuses, so they give you what they think are very legitimate reasons for not doing something.

That’s why I think I could really be annoying.

At the end of the day it’s the people who go to the gym, go to Yoga or participate in any form of physical exercise on a regular basis, that truly value their health.

They have placed positive meaning on their health...and my pushing doesn’t do a thing to change that…hence, I annoy them.

You would think, as a dentist, I would know that.  After all, who listens to more excuses than a dentist?

Doctors…you’ve heard them all, haven’t you?

Nothing but excuses – or reasons why they can’t make it in.  The real reason?  They haven’t prioritized dentistry.

Does that surprise you…that anyone can’t find the value or meaning in taking care of their teeth?

Oh, do I hear you saying that they have a high fear or they can’t afford it?

At the end of the day they don’t get their teeth fixed.  Now don’t get me wrong I am not hardhearted about these reasons, and I never get angry when I hear them.  Even after a cancellation.

You see, these reasons are just an indication that some good dialogue is necessary.  I used to get upset…even angry…and that’s when I really was the most annoying man in the world.

Our culture loves reasons.  How about the reasons why people don’t want x-rays?  How many have you heard?  Or, forgive me…the amalgam issue…or the one about the hard pretzel breaking their tooth?

We love stretching the correlation implies causation issue don’t we?  It sounds so good…but in the end, just more reasons to believe their particular truth.

I used to argue…to no avail…and be labeled, yes...the most annoying man in the world.

I don’t used bullshit reasons in my own life…and I don’t get angry when people choose to use reasons to justify their behavior.

Dentistry can get quite emotional.  Destructive emotions like anger, frustration, guilt and inadequacy can truly ruin a good relationship.  People used to avoid me in the supermarket if they missed their last check-up.

These days I am much more likable.  Much easier to get along with.  And a funny thing happened….

Gandhi was right…he advises to be the change you seek in the world.

And you will attract people who share the same values as you do…people who truly value their health.