Dentistry Then and Now 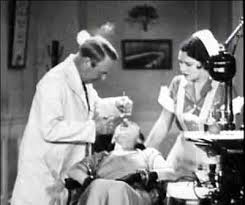 In 1973, while in dental school I read the influential bestselling book, Working⁠ by Studs Terkel, the late Pulitzer Prize winning author.

In that book Terkel reveals a well-founded conviction, that our universal search is the one for meaning, the subject of Viktor Frankl’s classic book Man’s Search for Meaning.

Terkel calls our jobs a search as well; “for daily meaning as well as for daily bread, for recognition as well as for cash, for astonishment rather than torpor; in short, for a sort of life rather than a Monday through Friday sort of dying.”  The book is composed of interviews of people with many various jobs.  The common attribute in all of the interviews is “meaning to their work well over and beyond the reward of a paycheck.”

I recently re-read parts of Working.  I was particularly interested in the dentist, Dr. Stephen Bartlett who at that time had been practicing in a Detroit suburb for nineteen years.

The interview could have been done today.  Bartlett’s complaints about dentistry: that it was physically demanding (he stood all day and refused to change to 4-handed sit-down dentistry), that most patients were under stress, that he had to deal with cancellations and mostly that only he knew when he did a good job.

He also spoke about what  was appealing to him:  that he could practice dentistry as he liked (autonomy), that he had the opportunity to play a role in the lives of his patients by changing their appearance (meaning), that he was his own boss and could make his own hours.  I thought how similar the job is today…but like Viktor Frankl during his life—something happened…beyond his control…World War II.

In other words the landscape has changed. The human factors have remained the same.  Our jobs provide us with a sense of meaning and purpose.  No matter how much technology has made dentistry more pleasant…people still have fears and cancel.

The more things change, the more they stay the same.

Some might say, and I agree, that the sixties and seventies were the Golden Age of Dentistry.  It was a time when a dental practice offered as much autonomy as a dentist wanted.  It was the the ultimate in free enterprise.

We knew the score, graduate, specialize or open your own practice, hang up your shingle and go to work.  Easy-peasy.  If you were a people person, even better.  If not, no problem, just work some nights and weekends.

There have been many changes since those years.  The effect of insurance and third parties, as many dentists know, is not a simple equation.  Insurance has had the effect of lowering the standards and quality of dentistry by discounting fees and creating their own networks—no matter what the insurance companies tell us.

Advertising may be the holy grail of the free market economy, but under the guise of “educating the public,” it has been abused to the point of bringing out the worst in dentists…and once again creating conditions that force (too strong? I know) dentists to work for less.

Then there is the economy and the shrinking middle class…and the expense of opening a practice.  Yes…there was a price to sitting down and doing 4 – handed dentistry, Dr. Bartlett.

Enough with the bad news.

There is good news—those things that appealed to Dr. Bartlett?  They still exist.  They’re timeless…and just like Frankl’s response in the death camps of WWII…it is up to us to respond to our present conditions.

It has become more difficult to practice with meaning and autonomy.  We must make our own meaning.  Leaders are meaning makers that is why I feel leadership needs to be emphasized in this profession.