When You Care More Than They Care 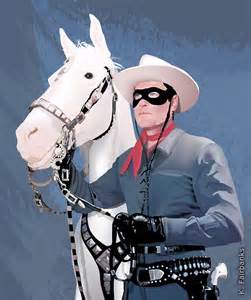 A few weeks ago I had a visit from an old patient who had left my practice and now lived in another city many miles away.   I restored his mouth more than twenty five years ago.  We actually became friends.  He was a science teacher at the local Junior High School, and had taught both of my sons.  He was “up North” and decided it was time for him to apologize.

“Apologize?  For what?” I asked.  He told me how his wife had convinced him to leave my practice years ago and that now, as he was reflecting on his life how much the work I did meant to his current health condition.  He was coming back to express his gratitude and to tell; me “thank you.”

So how should I feel about that?  I am a dentist who has devoted my life to creating a practice that is based on sound relationships…in modern times, that in itself has become quite unique.

Well, I felt…ambivalent.  I cared, but I didn’t care.  I thought about that for awhile and concluded that was a very healthy response on my part.

For many years I agonized when situations like that came up.  Long time patients who I truly did great dentistry on, decided to leave for an HMO or PPO.  It bothered me...I did my best not to bear the burden of guilt, or to think what I could could have done differently.

So much wasted emotional energy.  I wonder how much emotional energy the patient has invested, because it seems so easy to just call another office looking for a better deal.  On a positive note, I have many “gems” in my practice.  As a matter of fact, most of my existing patients are true gems.

I recently inserted a complete case for a man that he claimed changed his life…I could just tell by the look on his face, the highest level of appreciation.  He didn’t even have to give me that extra gift certificate to The Capitol Grill.  In other words, we don’t have to talk about levels of appreciation—we just know when it’s there.

Last week I told a patient that he needed a crown.  I explained how the decay was approaching the nerve.  I drew pictures.  I used great word pictures.  He reluctantly scheduled an appointment.  “Oh,” I thought, “so much convincing.”

Then I thought, once again, why do I care so much when they don’t care.  I think that is my best case for creating a relationship based practice.  How often does this happen in practices that do not take the time to really care.  At least I felt good about all my efforts to create great relationships.

I truly believe most health care professionals really do care.  And there in lies a great disconnect.  I am reminded of an old Lenny Bruce skit…he called it “Thank You Masked Man.”

For those too young to remember Lenny Bruce, he was one of the first “dirty” comedians.  He paved the way for George Carlin, Richard Pryor and Lewis Black.  Times were much different in the sixties…there was lots of censorship..

Anyway—back to the skit which I have placed here for you viewing.  Click on the video.

I liked the video, not because Bruce was making his political statement about homophobia, but more because how the Lone Ranger felt about being thanked.  He knew his place in life.  He was a helper, and his job didn’t depend on being thanked.  He continued his job, unfazed by any level of gratitude that the townspeople displayed.  His was a healthy response.