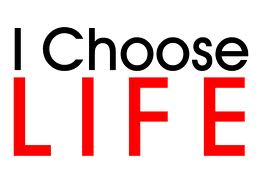 Stymied.  Stuck.  Shamed.  These are some of the emotions I felt when I clicked on a website shared by Mike Florio of ProFootballtalk.com.

Florio is a lawyer turned blogger who generally offers some very good if not controversial sports opinions.  You may know him from his TV spot on NBC’s Game of the Week.  In yesterday’s list of posts was a strange title that led to the website of Martin Manley, a sports blogger who decided to kill himself at age 60 ( I am still uncomfortable writing about this).  Strange as it was to find this on a site devoted to football…I posted it on Facebook where some friends commented and felt the same way I did…compelled to keep reading and somewhat disturbed.  Uncomfortable may be a better word.  The subject, suicide, can be considered taboo in many circles.

Manley wrote a massive amount of material on the site.  He divided into two categories: his life and his death.  He claimed that he was healthy, financially secure, not lonely and mentally stable.  The writing indicated that he certainly had a grasp of language.

Many of the comments indicated one question…”WHY?”

But on one of the early pages he tells us why…“Because I Can.”

And that’s what stirred me.  That’s what bothered me to the point of those 3 words echoing in my head through the night.

“Because I can” is a matter of free will…his freedom of choice.  By deciding to take his life, he relinquished his will to live.  This is so contrary to everything in my life at every level.  I watch living organisms struggle for their last breath to hold on in an effort to maintain and sustain life.  I also watch people give up way to easily because of fear, and never get the most out of life.  Martin Manley, in the end, abused his freedom of choice…and then left it on the web to show us how much courage he had.

He was a man who committed the ultimate cowardly act.  It’s easy to say he was mentally disturbed.  Mental illness is a terrible thing.  Manley committed an act of arrogance.

The vast majority of people reading this blog will never consider suicide as an alternative…but people do.

At the risk of sounding sophomoric – Manley’s act should be an example of using our freedom of choice to overcome ours fears rather than submit to them.

In the end–the ultimate message is the the timeless one…Choose Life!