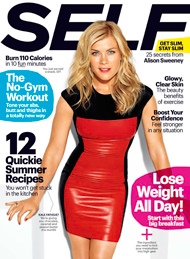 What did our dental forefathers know about professional advertising that we don’t know?  How did they know that dental advertising would be bad for the general state of the profession?

That’s a bold statement, and I am sure that there are many among you that would disagree.  I certainly understand the argument of free market capitalism, but there are many unintended consequences when people are looking out for number one.

Let start by saying that I am not an advertising dentist.  I have advertised during my forty year career…but never really experienced a positive cost-benefit ratio.

Let me also say that as a blogger I have written a few posts that didn’t put dentistry in a positive light.

I try very hard not to do that because I truly love the profession and know how important it is to maintain the public’s trust.  That is why I find that some advertising belies that trust.

In a recent issue of the very popular Self Magazine, a periodical devoted to health and beauty, there was an article written to promote the American Academy of Cosmetic Dentistry.

The article is a splendid example of great writing…copywriting.  The purpose of the article is to promote the Academy of Cosmetic Dentistry.  I applaud the author.  She did her job well.

I only have one criticism…but it’s a major one.

She threw dentistry under the bus.  The article centered around what could go wrong if the patient is not in the hands of a competent cosmetic dentist (implied as a member of the AACD).  Unlike the publicity that the TV show Extreme Makeover brought to the world of cosmetics (all positive), this article focused more on the negative aspects of dentistry which could cause some readers to lose trust in the profession.

Just the headline and the first sentence explain what I mean:

“The latest quest for pretty: a perfect smile. But get the wrong dentist and you could wind up with Chiclets for teeth, pain and mega debt.”

You may pooh-pooh that thought but human psychology supports my claim.

There were studies done during WWII on the efficacy of propaganda.  What psychologist Carl Hovland, who led the study for the War Department found was that initially soldiers knew they were reading propaganda…but over time the influence increased.  He called this phenomenon the sleeper effect.

Basically the reasoning is that in time the source of the argument fades over time but the message fades slowly and even endures.  So even if the soldiers recognized the material as propaganda from an distrusting source the message remained.  But you may say that what was in Self magazine wasn’t propaganda.

That depends on how we define propaganda.  It is derogatory information that serves to promote or publicize a cause or point of view.  We see it used in politics a lot these days.

We also see it used in advertising, because it emotionally engages consumers.  But the message that remains here may not be the one that is good for dentistry in the long run.

There is a fine line between ethical advertising and propaganda…the AACD may have crossed that line and Self Magazine along with it.   Maybe the publishers of Self should rename their magazine to Self-Interest Magazine.

In the meantime maybe I will start a new publication and call it Think Magazine.