Even a Monkey Could Do It 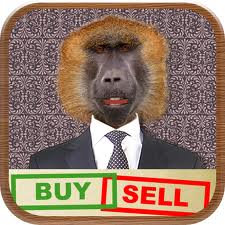 It can be difficult for patients to choose a dentist these days.  The Internet is filled with photographs of beautiful dentistry.  Dentists and technicians share their best work with the world online.

But as they say, “the menu is not the food.”

In a new book, The Art of Thinking Clearly, author Rolf Dobelli discusses 99 ways that we make mistakes by not thinking clearly.  Dobelli does a great job of using entertaining examples of how we think about things that  lead us to making poor decisions.

One such bias, he calls the outcome bias warns people to never judge a decision by its outcome.

Imagine there was a sample group of 1000 monkeys, and you asked them to speculate on picking stocks by throwing darts at the Wall Street Journal.  What happens?  After one week, half of the monkeys show a profit and another half show a loss.

We carry on the experiment until we eliminate all of the monkeys but one.  You know how that works, you’ve seen reality TV.

At the end…the remaining monkey is next year’s Warren Buffet (take a look at the photo).  The media is all over him.  He becomes a guru.  The big guy on Wall Street.

The reason this happens is that we tend to evaluate decisions based on the result rather than the decision making process.  Don’t laugh, we see this all the time on Wall Street.  The analyst that predicted the crash becomes the next guru.

It happens in dentistry as well.  We see these gorgeous photos and believe the dentist is Picasso rather than asking how he got there.  What was the process…because process is what breeds consistency.

Dentistry has evolved to promote this type of thinking.  The cosmetic revolution, advertising and the Internet have allowed snapshots to sway patients to make decisions.

There was a time when patients chose dentists for their wisdom and judgement…two traits that don’t seem to be valued these days.

Process is the key.  In choosing a professional the patient should be more interested in the process the dentist used to get the result rather than the result itself.  All dental practices are based on some philosophical principles that lead to consistent behavior that produces outstanding results consistently.

As a practicing dentist, a teacher/coach and a lab owner, I am convinced that the dentists who are most successful are the ones who create and execute a process.  Anyone can do a beautiful case occasionally.  My advice: commit to an examination, diagnosis and treatment planning process.

That is the key to success.