TAO The Book Installment 4 (Willie and me) 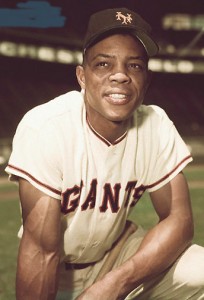 PART I : IT’S THE PROCESS STUPID !

CHAPTER ONE: Process- The Key to Success

“All happy families resemble each other, but each unhappy family is unhappy in its own way.”
-Tolstoy

I conceive that the great part of the miseries of mankind  are brought upon them by false estimates they have made of the value of things.”
–– Ben Franklin

“Try not to become a man of success, but rather a man of value.”
⎯ Albert Einstein

I grew up in New York City during the fifties. Baseball was my passion, and back in those days, you were either a fan of Willie Mays, Mickey Mantle, or Duke Snyder, depending on where you lived. I lived in the Bronx, just a few miles from Yankee Stadium, but I gravitated toward Willie Mays as my hero. When I grew up I wanted as much to be just like Willie as kids today want to be like Lebron James or Alex Rodriguez.  I knew I would never be a great baseball player like Willie, but I envied how he made a living doing what he loved. Even at age eight, I knew that living the dream was a rare occurrence, and I sensed that making a life was more important than making a living.

Comments Off on TAO The Book Installment 4 (Willie and me)