The 9 Turning Points of Mastery 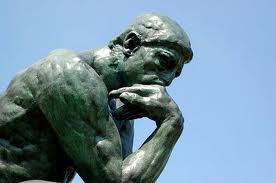 I received a complimentary DVD in the mail last week.  I don’t usually give these free discs much attention, but this time I slipped it into my MacBook and started to watch.

And man, was I surprised.

It was titled The Path of a Master, Nine Turning Points That Changed the Practice of Dentistry.  Don’t look for a link because it’s not available for distribution to the general public.  That’s a shame because rarely do we get to see the evolution of a master dentist with such great clarity.

Firstly, I want to thank Jeff Baggett and Bill Lockard, from the Pankey Institute, for putting this project together.  Both did a tremendous  job of telling a story that the dental community needs to hear.

Most people who watch the video may just see a story, but as someone who has practiced dentistry for close to forty years, and had my share of ups and downs, I was reminded of how we all are on the “hero’s journey” as described by mythologist Joseph Campbell.

Campbell used to quote the philosopher Soren Kierkegaard, who said, “Life can only be understood backwards; but it must be lived forward.”  The DVD brought me to a point of reviewing my own life and career.  It reminded me of what my friend Chris Sager the retired Executive Director of the Pankey Institute told me about L.D. Pankey.

He told me that when the Institute fist opened in the early seventies, students would follow L.D. around attempting to “touch the hem of his garment.”  But he said that L.D. was as human as anyone of us…more so in fact.  We tend to deify our heroes.  I identified with Bill Lockard’s narrative because it emphasized how human L.D. was, and that the nine turning points could have happened to each and every one of us if we were aware and prepared.  There are distinct differences between a master and the rest of us, but little has to do with talent.  Sometimes it has to do with preparation, persistence and luck.

“We must be willing to let go of the life we planned so as to have the life that is waiting for us.”

Pankey’s first two turning points occurred long before he became a dentist.  His story actually started with the story of Daniel Halley-Smith who he met years later on a trip to Europe.  Smith graduated Northwestern University Dental School in 1899 (where G.V. Black was the first dean), two years before Pankey was born.  He practiced in Chicago with Dr. Frank Davis who later retired in Coral Gables, Florida, where Dr. Pankey practiced.  Those of us who understand quantum physics also understand that once two lives have brushed against each other , they are forever linked.  The lives of Hally-Smith, Davis and Pankey were linked forever.  Hally-Smith moved to Paris in 1902.

The next few turning points occurred during Pankey’s early days of practice.  They may sound like something that could have happened in the life of any one of us.  He became disenchanted with extracting teeth.  Basically he was unhappy practicing in a small town in Kentucky.  As an aside, L.D. was a graduate of the University of Louisville, and as I write this I am sure it would have made him very happy that the Cardinals won the National Championship this year.  But I digress.  He looked for a better neighborhood to apply his trade so off he went to Coral Gables.  I assume he was following the money.

Another early turning point came when he received a letter from his mother that read she had all of her teeth extracted and was in complete dentures.  This was very upsetting to him – she was only 42 years old.  At that point he made his commitment to helping people save their teeth:

“I did not know how I was going to do it, but I had decided to dedicate my life to saving people’s teeth.”

And so he did.  As Dr. Lockard reports, L.D. began to build his brand in South Florida by being known as the dentist who didn’t pull teeth.  These days that doesn’t sound like a big deal but it was a risky proposition for someone starting out as a young dentist in a new community.  He stayed committed and he took risks, two traits that could help anyone.  All of this occurred before he developed his famous philosophy of practice.

During those early years there were a few more turning points, what I like to call click moments.  Those small things that happen that make all the difference in a life.  But you have to be prepared.

One of those moments came when a woman, Mrs. Blanchard, sought him out to save her teeth.  She had heard of this young dentist that wanted to save teeth.  L.D. fixed her up for about $1000 (things really have changed), and that started a lasting relationship.

Due to circumstances, such as a poor economy and a weak real estate market, Mrs. Blanchard convinced L.D. to go to the European Dental Conference in the summer of 1932.  She convinced him that the newer techniques and ideas were happening in Europe.  He almost refused that call, but she paid his way.  As fate would have it, Frank Davis, the retired Chicago dentist, advised L.D. to look up his old student Daniel Hally-Smith while he was in Paris.

L.D.’s eyes were opened on that trip.  Hally-Smith showed him a whole new way of practice…and left him with two pieces of advice:

First, learn as much as you can about examination, diagnosis, treatment planning and communication.  He told him there was a three month course given at Northwestern that taught just those things.  The second piece of advice came in the form of a letter that L.D. kept under a glass plate on his desk for the rest of his  career.  The letter, essentially was a verse from the famous book As a Man Thinketh by James Allen.  That book is just one of many that professed the perennial philosophy that Rhonda Byrne revitalized a few years ago, as The Secret…”thoughts are things, and as you think so you become.”

Oh…there was one more thing…L.D. was told to learn about the science of occlusion.  So he contacted the most renown expert at the time…Clyde Schuyler.

During his sabbatical he developed his “philosophy of practice.”

The remainder of the DVD chronicles L.D.’s life through the founding of the Pankey Institute.  When I started in dentistry he was already a legend.

In writing my upcoming book, The Art of Case Presentation, I made some discoveries.  I set out to write it like my exam book…looking for a process to consistently do successful presentations.  What I found was that presentation was more an approach to practice and life than a process.  Sure it has rules and structure, but it is more of an expression of who I am that leads to success.  I remembered how L.D. would speak to patients using the analogy of biologic age vs. chronologic age and painted word pictures without the use of photography.  He was a natural storyteller and communicator.  All of these things are available to the young dentist today.

The DVD tells a story of a dental hero, the likes of which we don’t get to see these days.  I don’t know when the DVD will be released but if you drop me an e-mail I will make a list and get it to the right people.